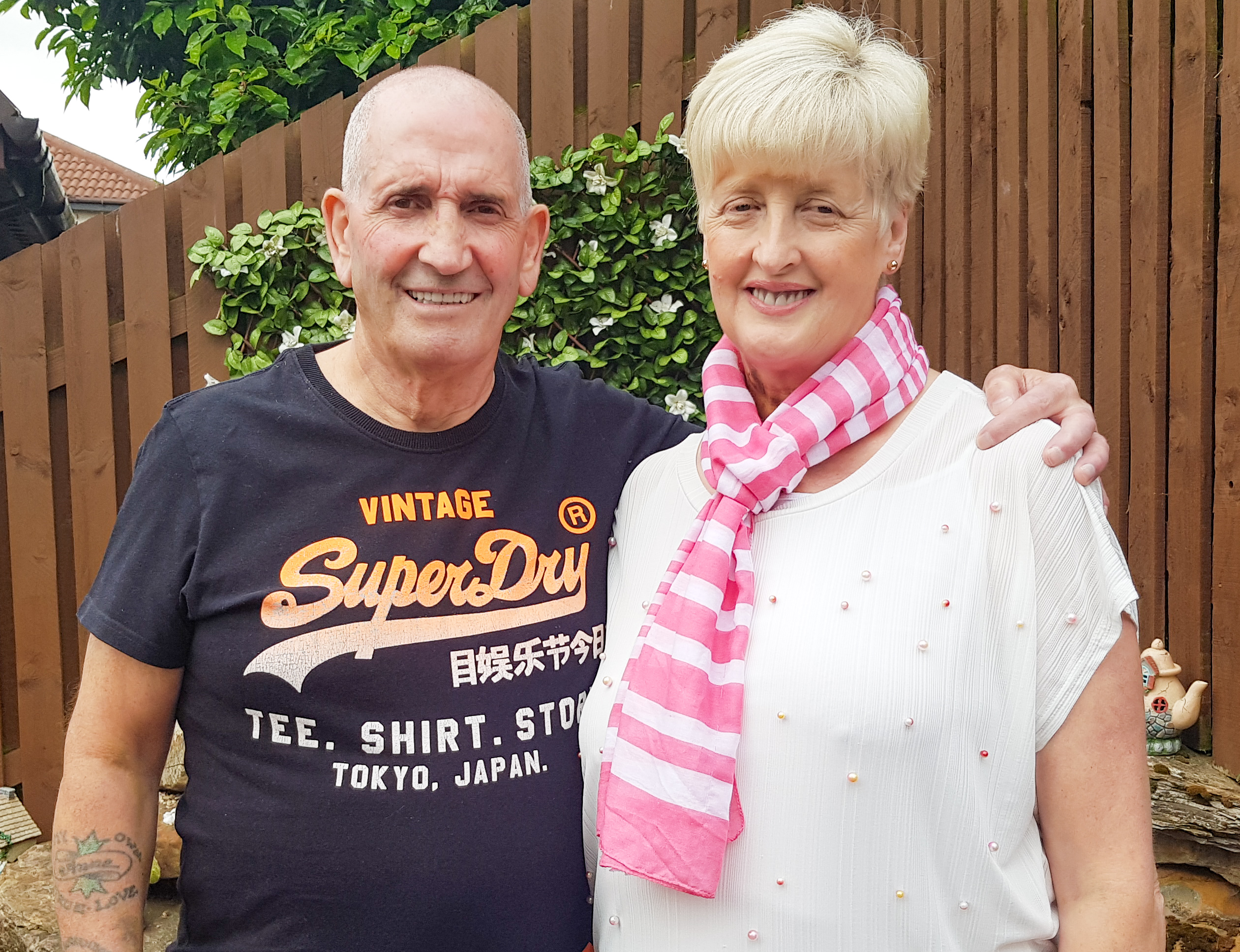 They say a husband and wife should do things together, but one couple took that a step further by having life-saving operations on the same day, at the same time, in the same hospital.

Anne and Bobby Coburn, from Chapelhall in Lanarkshire, even waved to each other on their beds as they were being wheeled into separate theatres at the Golden Jubilee National Hospital last week.

Anne, 62, was in the Clydebank hospital for a triple bypass procedure after suffering a heart attack in February, while Bobby was having a tumour removed from his lung after it was found following tests for a prolapsed disc.

Anne would have had her surgery earlier, but her operation was pushed back after she developed pneumonia.

Bobby, 66, a retired Class 1 driver, already had the date for his operation at the Golden Jubilee – home to regional and national heart and lung services - when Anne found out her date for surgery.

Both operations were scheduled for 8.15am on Wednesday 26 June - giving the couple, who have been married for 45 years, mixed feelings.

Recently retired Anne said: “It really was sheer coincidence, or fate, that we ended up getting our operations at the exact same time in the same place.

“We were both not well at the same time in February, but then I fell ill with pneumonia as well and things had to be re-scheduled.

“We knew when Bobby’s date was but then I got a phone call a week before to say to come on the Tuesday and have my operation the next day, the same as Bobby.

“We were trying to work out if it was a good thing or not, because of the seriousness of the operations, but it’s all worked out in the end.

“I told Bobby ‘We’ve been married 45 years and I can’t even get an operation on my own!’.

“We even waved to each other when we were in the theatres and the staff were just wonderful with us. It was like a fairy story or something.”

Anne and Bobby were also treated in the same High Dependency Unit (HDU) by the same nurse.

Dedicated staff even went the extra mile to ensure anxious Bobby, who was out of surgery first, knew Anne came through her procedure safely.

Daughter Laura McMahon said she and her siblings, Robert and Graham, were relieved that the couple, who have five grandchildren, made it through their procedures in good health.

Laura said: “The whole family was obviously really worried about their operations, especially having them at the same time, but it looks like fate has been on our side here.

“Everyone at the hospital was just fantastic and some of the nurses in HDU even stayed back after their shifts to take my dad in and see my mum when she came out of theatre.

“Everyone was crying, it was such a lovely moment and we can’t thank all the staff enough for taking such good care of our mum and dad.”

NHS Golden Jubilee Nurse Director, Anne Marie Cavanagh, said: “This is such a wonderful story and certainly not something we’ve seen before or are likely to see again.

“I am immensely proud of how our staff handled this unique situation, in collaboration with Mr and Mrs Coburn and their family. It highlights the dedication of my colleagues as well as our commitment to person centred care when patients need it the most.”