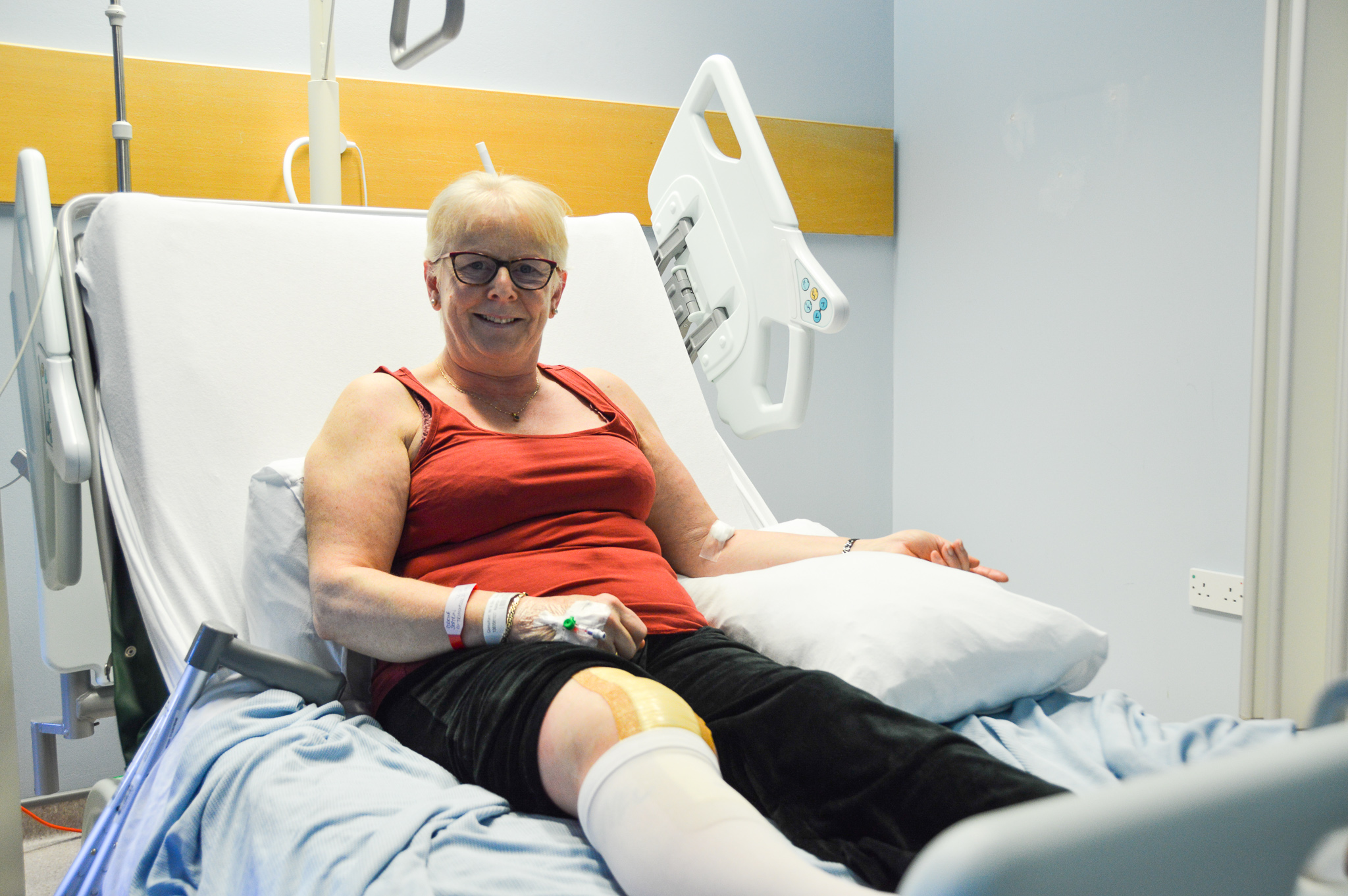 The national hospital, which currently carries out over 25% of all Scottish hip and knee replacements and is one of Europe’s largest elective orthopaedic centres, anticipates that approximately 300 patients will benefit from the robotic procedure in the first year.

Nick Ohly is a Consultant Orthopaedic Surgeon at NHS Golden Jubilee and the first to treat patients using the Mako robot*. He commented: “It is extremely exciting to be the first NHS hospital in Scotland to be able to offer robotic arm assisted partial and total knee replacements to NHS patients as part of routine care.

“The Mako robot is unique in orthopaedics in allowing the surgeon to implant every joint replacement in the optimal position for each individual patient based on their specific anatomy, while minimising bone resection and soft tissue injury. This allows for reduced pain after surgery, optimised function and quicker recovery.”

The Mako robot builds a virtual 3D model of each patient’s anatomy based on a pre-operative CT scan, which is then validated by live intra-operative measurements. The surgeon is then able to fine-tune the position of each component to work best for each patient. The robotic arm is then used to make precise bony cuts according to the surgical plan, which conserves bone and minimises soft tissue damage.

Initially concentrating on knee replacements, the plan is that the robot will also be used for hip replacements in the near future.

Mark MacGregor, NHS Golden Jubilee’s Medical Director, added: “There is already some evidence that the longer term outcomes may be superior with robotic-arm assisted surgery.

“The introduction of robotics, the scale of the Golden Jubilee orthopaedic service, combined with the expertise in clinical research means that NHS Golden Jubilee should be well placed to lead on future research in this emerging new field of robotic arthroplasty – benefitting patients across Scotland and beyond.”

The Mako robot* is the second surgical robot introduced by NHS Golden Jubilee, following on from the hospital’s introduction of the UK’s first dedicated thoracic robot in 2018.