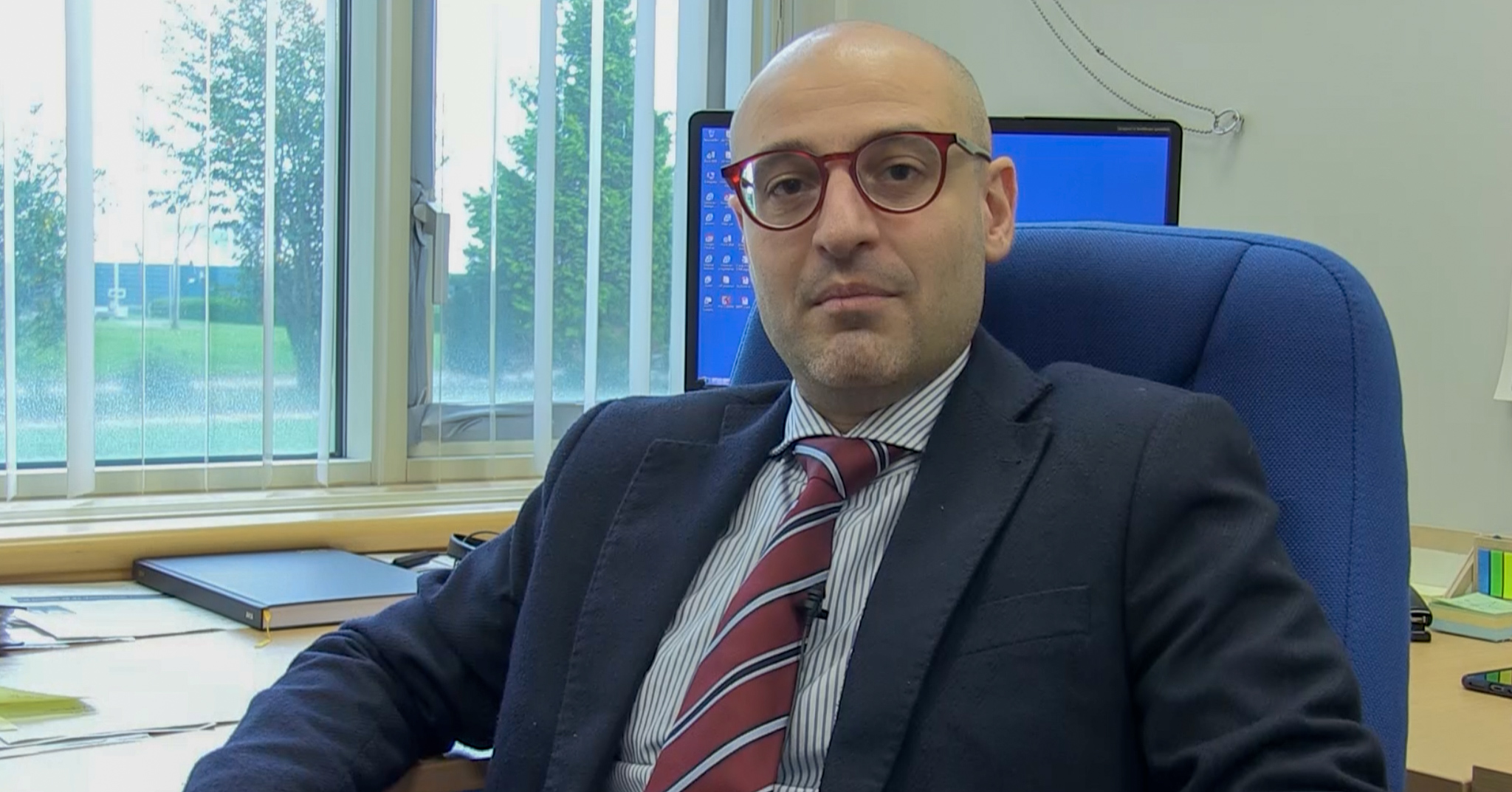 In a first for Scotland, lung cancer patients at NHS Golden Jubilee are benefiting from a minimally invasive surgical technique which allows them to recover faster and get home sooner after surgery.

Surgeons at the Clydebank based hospital have continued to provide urgent heart, lung and cancer care throughout the pandemic, and have now used a Da Vinci Surgical Robot to perform  Complex Sleeve Lobectomies for patients with lung cancer.

The procedure, also known as a Sleeve Lobectomy, involves removing part of the lung along with lymph glands around it.

Part of a blood vessel or airway with the tumour growing in it is also removed, and the remaining ends are connected back together. This allows the tumour near the middle to be removed, without the need to remove the entire lung.

Lung Surgeon Mr Rocco Bilancia, said: “Traditionally, an operation like this would require a large incision to be made, but using the DaVinci robot allows us to carry out this procedure using highly accurate keyhole surgery, where only very small cuts are made to the body.

“This way of operating, which has only been attempted a few times in the UK, is extremely safe, and patients benefit hugely from this type of procedure, as it means far less pain post operatively, lower risk of complications and a faster recovery time when compared with conventional surgery.

Patients who need chemotherapy after surgery may also be able to start their therapy sooner and have improved tolerance to the treatment, thanks to this surgical innovation.

The first patient in Scotland to benefit from this new technique is Allison Kane from Fort William.

Alison had the robotic lobectomy done by the Golden Jubilee clinical team after being diagnosed with a benign tumour.

Amazed at the lack of pain she has experienced after her operation, Allison believes her recovery time has been quicker than it would have been after a conventional, invasive procedure.

Allison commented: "I felt lucky to have the robotic surgery as I think I recovered much better than if I’d had the traditional operation, where the surgeon opens up the chest.

“My recovery has been so good and the wounds have healed so well that I’ve been able to get back to painting furniture and running around after my five-year-old grandson, Oliver.

“I’ve even managed to go back to working from home a little bit. I’m a little bit tired and a little bit sore but I can really feel the benefit of having the robotic surgery. I feel great, absolutely great.”

Using traditional lung surgery, patients would normally be in hospital for up to six days, or five using innovative video-assisted thoracic surgery (VATS). With the assistance of robotics, patients are now able to go home after as little as four days.

The robot works by inserting rods into the patient which are operated by the surgeon who is seated at the control pod. Its articulated instruments can bend and rotate better and with more precision than a human can, allowing the surgeon to operate with a steady natural motion and causing less trauma during the procedure.

Surgeons have used the DaVinci Surgical Robot to perform complex lung cancer surgery for more than two years, with 300 patients benefitting so far.

“Using our thoracic robot has been particularly significant to treat as many patients as possible in our work to help NHS Scotland continue and recover services during these challenging times.

“This new technique is also a landmark in our progression to becoming a leading institution in robotic thoracic surgery in the UK and allows us to continue to enhance patient care for all across Scotland.”