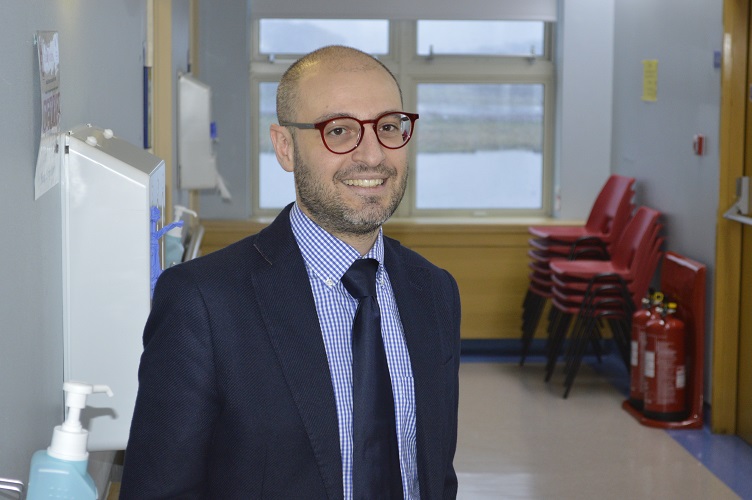 A life-changing operation which could benefit patients of all ages has been carried out in Scotland for the first time, at the Golden Jubilee National Hospital.

VATS Diaphragmatic Plication is an innovative minimally invasive technique using Video Assisted Thoracic Surgery (VATS) to treat patients who are short of breath due to an abnormally raised diaphragm and have been diagnosed with diaphragmatic palsy.

During the procedure, the surgeon uses keyhole surgery to place an Endostitch device which secures the lung’s diaphragm back into its original position. This improves airflow to the affected region, helping the patient to breathe more easily.

Rocco Bilancia, Thoracic Consultant , said: “I am delighted to have successfully carried out the first VATS Diaphragmatic Plication procedure here at the Golden Jubilee.

“Patients diagnosed with a raised diaphragm can find themselves really short of breath when carrying out simple day to day tasks, such as climbing the stairs, walking the dog or even bending or lie down.

“However, the results of this pioneering procedure have found that soon after treatment, patients are able to breathe much more efficiently, which vastly improves their quality of life.”

Diaphragmatic palsy is a complex condition, and until recently, could only be treated with open surgery which carried significant side effects. However, the VATS Diaphragmatic Plication procedure, initially developed in France and more recently available in the UK, is safer and more effective.

Hany Eteiba, Acting Medical Director at the Golden Jubilee, said: “This is a perfect example of our aim to provide innovative techniques to directly benefit Scottish patients. By being the first and only hospital in Scotland to perform this ground-breaking procedure, we are helping patients recover much quicker and with less pain.

“This procedure has offered additional hope to patients in Scotland diagnosed with a raised diaphragm and we hope that even more patients will benefit from this new technique."

With a vision of leading quality, research and innovation for the NHS in Scotland, the Golden Jubilee is home to the busiest lung surgery unit in the UK and leads the way in pioneering lung research.

Last year, the Golden Jubilee was the first hospital in Scotland to fit an emphysema patient with groundbreaking, minimally invasive, implantable lung valve, as part of the TRANSFORM clinical study. And in 2015, new 3D imaging technology, which makes lung operations quicker, safer and more effective was trialled for the first time in Scotland at the Golden Jubilee.