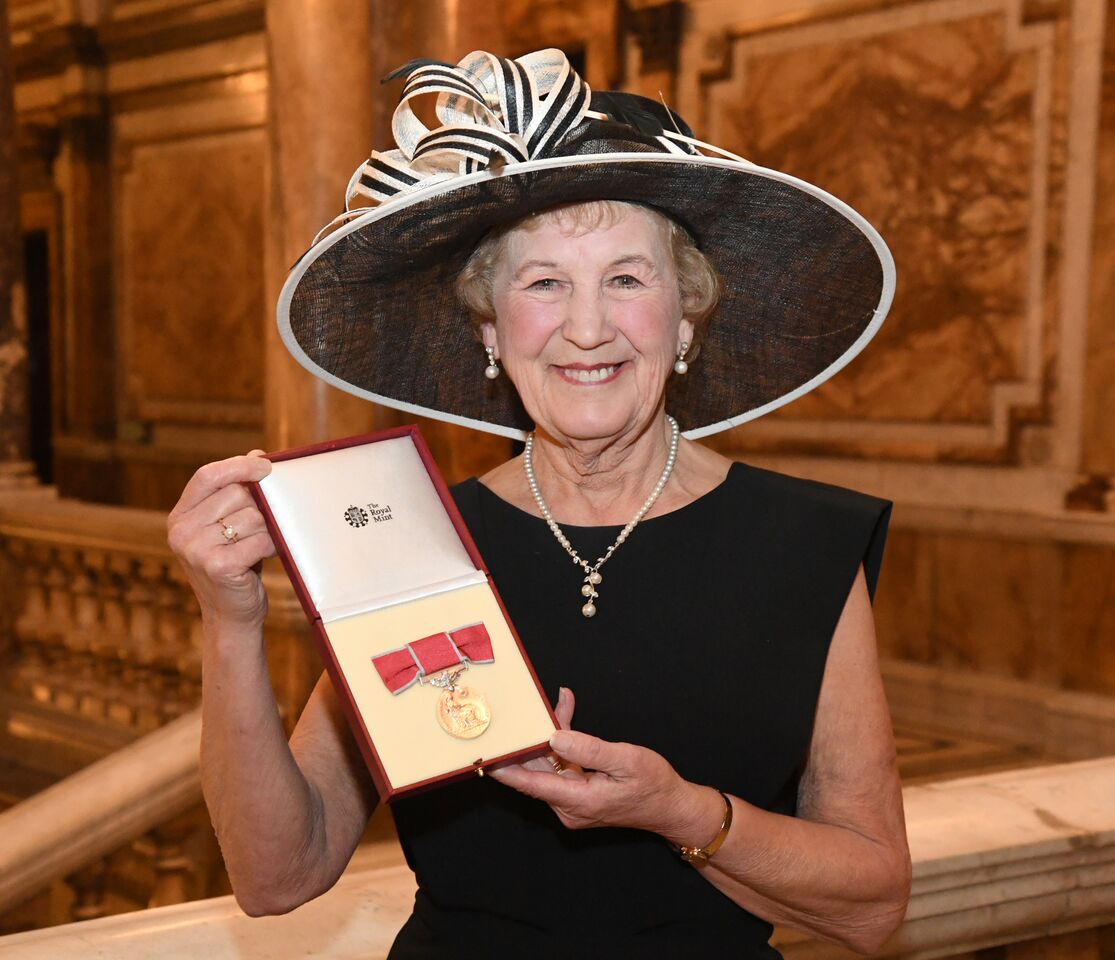 A dedicated Theatre Nurse has today (December 15) been presented with a British Empire Medal (BEM) in recognition of her services to the Golden Jubilee National Hospital.

Elizabeth Hendry, known as Lily, received the prestigious honour at an awards ceremony in Glasgow City Chambers after being recognised in this year’s Queen’s Birthday Honours.

Lily, 79, who has had a long and distinguished nursing career and has been a Theatre Nurse at the Golden Jubilee for the last 15 years, was nominated by Theatres Manager, Karen Boylan.

Lily said: “This is a lovely honour and I am absolutely delighted to have been awarded a British Empire Medal. I have been a wee bit tearful today and I am very humbled that people would think I am deserving of such an award.

“I love being a nurse; nursing has really defined my life. I love it here at the Golden Jubilee, where it is like one big family. I would like to say a special thanks to Karen Boylan and the rest of the team who put me forward for this award.”

The Golden Jubilee National Hospital’s Nurse Director, Anne Marie Cavanagh said: “Everyone at the Golden Jubilee is absolutely delighted for Lily. To be awarded a British Empire Medal is testament to her years of dedication and commitment to the nursing profession.

“We are very lucky that Lily hasn’t yet settled into retirement as she is an extremely hard-working member of the team whose years of experience are invaluable. We are honoured to have Lily here at the Hospital, her positive and can-do attitude is so infectious among our staff and patients.”

“We owe them a huge debt and it’s an honour to join them today and have this opportunity to thank them, on behalf of the city and the Palace, for their special contributions to our city.”