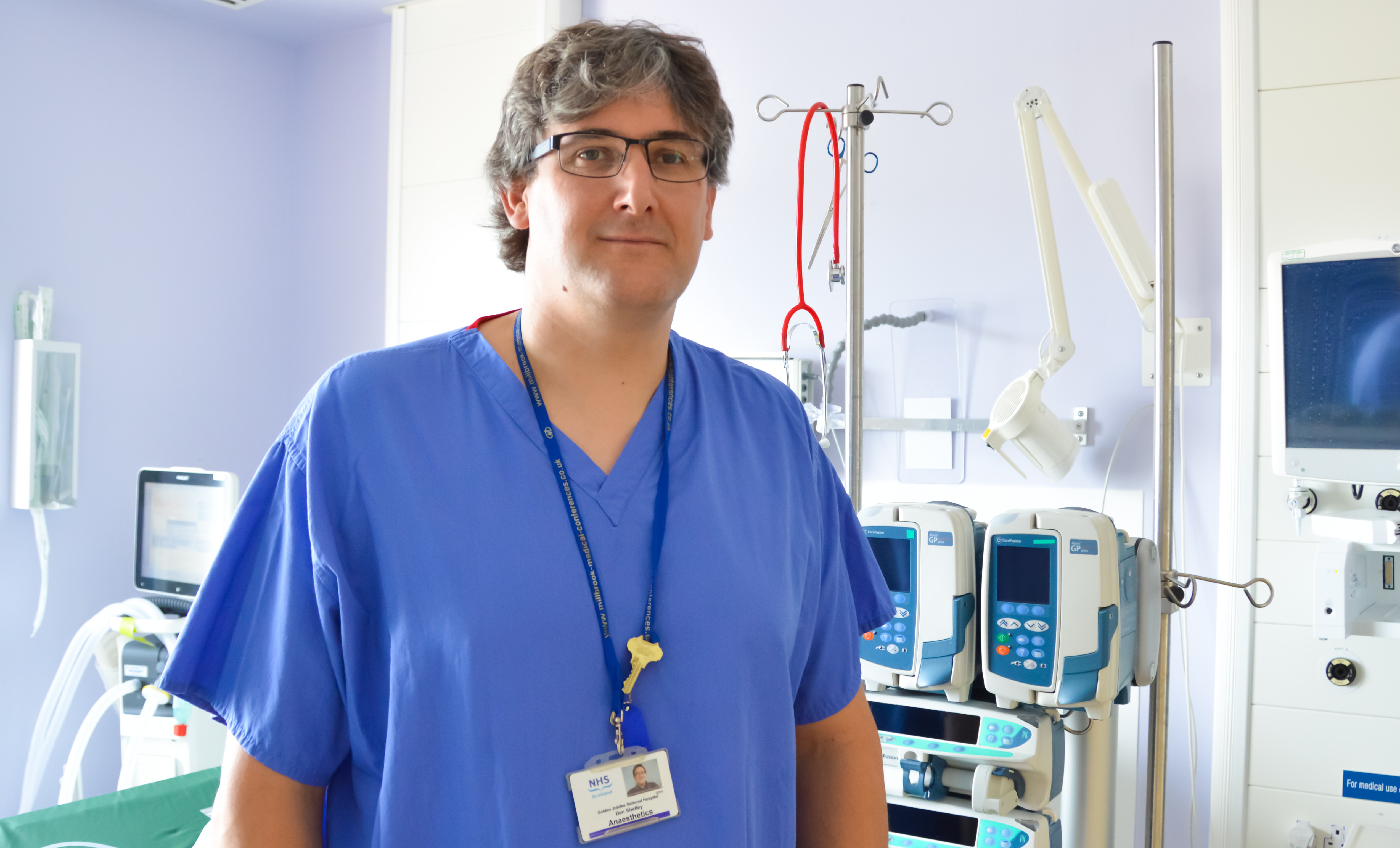 Researchers at the Golden Jubilee National Hospital have recruited the first patients for a new trial which aims to reduce chronic pain following open lung surgery.

The first patients have been recruited and operated on within 24 hours of the TOPIC2* trial, which is funded by the National Institute for Health Research Health Technology Assessment Programme, starting at the National Hospital – the only Scottish centre participating in the UK multi centre trial.

Researchers across the country aim to recruit more than 1,000 patients across 20 centres over the next three years to test the effectiveness of epidural and paravertebral blocks – both routinely used as a pain relief measure – in reducing chronic pain after open thoracotomy.

Golden Jubilee researchers have recruited 14 patients so far since the start of the year – the biggest amount in any of the UK centres – and aim to recruit at least 72 adult patients having elective (planned) open thoracotomoy who are willing to complete questionnaires about their pain three, six and 12 months after surgery.

Dr Ben Shelley, Principal Investigator and Consultant in Cardiothoracic Anaesthesia and Intensive Care at the Golden Jubilee National Hospital, commented: “We’re delighted to be participating in this trial which has been driven by patient requests for research targeting the important problem of chronic pain after surgery.

“We were amazed that we were able to recruit our first patient so quickly, but that’s testament to what it sets out to do – establishing if an Epidural or a Paravetebral anaesthetic block reduces their pain more effectively in the long term.”

Robert MacKay from Clydebank was one of the first patients to volunteer for the trial after he was diagnosed with lung cancer in December last year and underwent an open thoracotomoy procedure with paravertebral blocks in January.

The 64-year-old said: “I had to have part of my lung taken out and was in hospital for around a week afterwards. The first couple of weeks were quite painful but after that it’s been great, I’ve only needed some paracetamol now and again.

“I’m quite active again and back playing golf, so it’s good news so far.”

“This trial, which has been designed to meet a request from patients themselves, shows that there is a place for any solution which can improve treatment options and quality of life for patients.

“We are delighted to be participating in the trial and although the results are not expected for around four or five years, we are excited to see what this study could tell us about the impact of these two different pain relief blocks on patients in the long term.”