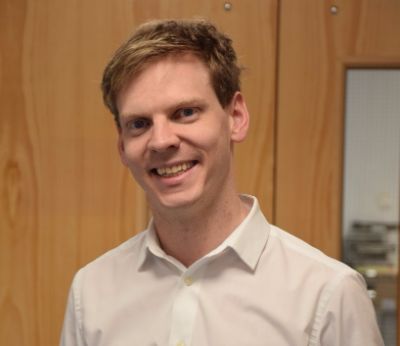 A kind-hearted Pharmacist from NHS Golden Jubilee is giving up his Christmas day to feed and help the homeless and vulnerable of West Dumbartonshire.

Gordon Adamson, 32, from Erskine has been with the hospital for more than a decade and has given up every Christmas Day for the last six years to help those in need.

The Specialist Clinical Pharmacist from Erskine, along with his parents, give up their Christmas Day to help collect and sort donations of toys, act as volunteer drivers and serve food to the 90-plus members of the community that use the charity at Christmas.

Speaking of the growing numbers of people having to use services like this, Gordon said: “It's really sad to think of people living on the streets, especially at Christmas, so we just thought we could do something.

“My family, particularly my mother, have always been involved in volunteer activities and for the last six years have supported Food For Thought.

“Anyone feeling hungry or lonely is invited to come along – many who attend are alone and don’t see anyone from week to week.

“We provide transport by volunteer drivers, like myself, as otherwise it would be impossible for many to attend. A lot of people come from as far away as Helensburgh and Clydebank.

With numbers of attendees growing over the last few years, the annual event held in aid of Food For Thought, a West Dumbartonshire charity, has outgrown it’s original home of the Annexe at St Augustine’s and has now moved into the church itself where tables and chairs are decorated for the meal.

Having spent Christmas Day serving others and seeing the smiles on children’s faces as they play with new toys, Gordon and his family wait until Boxing Day to have their own Christmas dinner.

Gordon’s manager, NHS Golden Jubilee Chief Pharmacist Yvonne Semple, said: “Gordon is a hard-working and valued member of our pharmacy team and what he selflessly does for other people at this time of year really emphasises the values we hold dear here at NHS Golden Jubilee.”