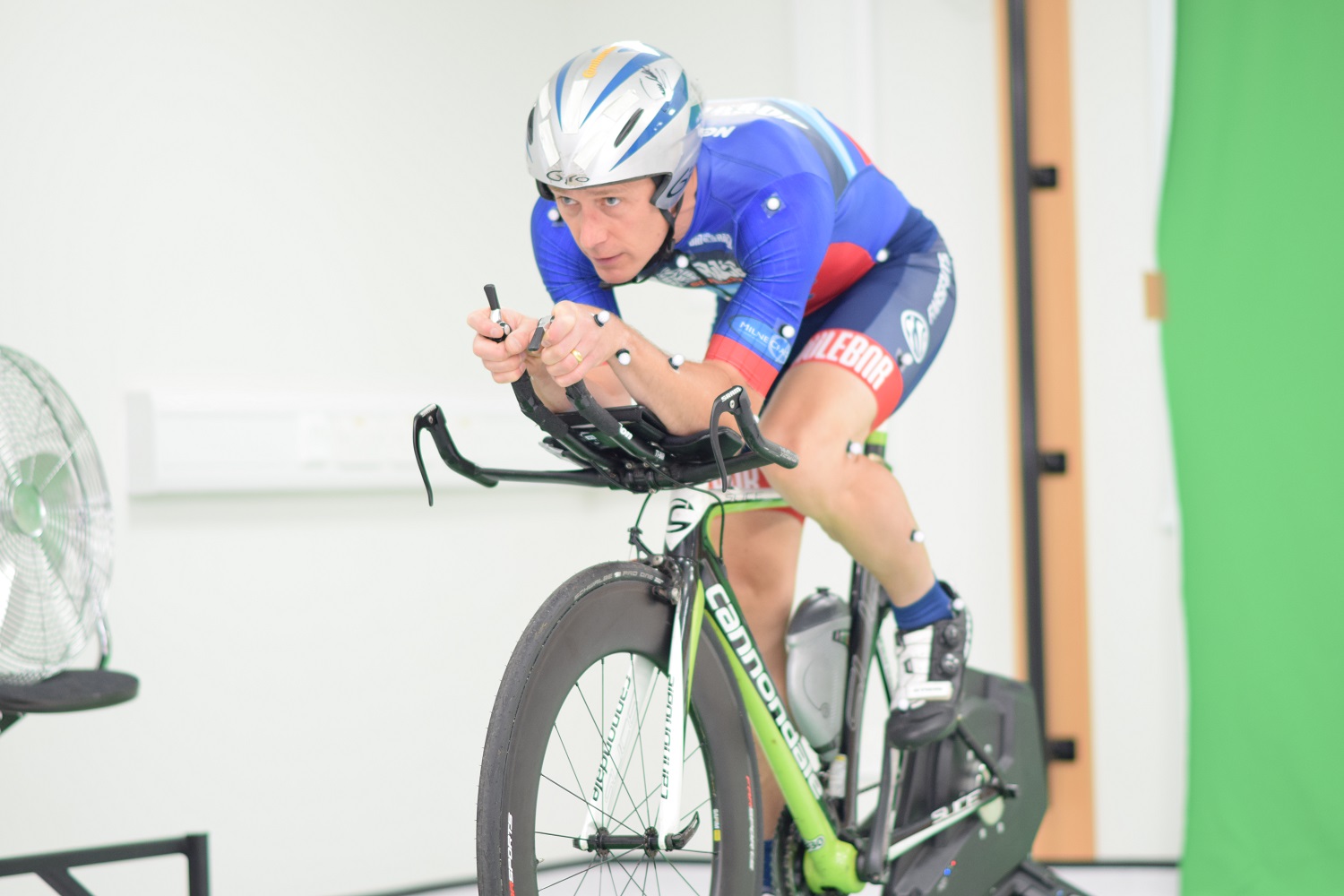 Elite cyclists could gain a competitive edge by using shorter pedal cranks according to results from a study carried out by orthopaedic specialists at NHS Golden Jubilee.

The trial was carried out on a state-of-the-art motion capture system - which commonly features in Hollywood movies for special effects - and is used by the Golden Jubilee National Hospital Orthopaedic Research Team to measure the functional outcomes of patients involved in research trials following hip or knee replacement surgery.

The aim of the trial, devised by Clinical Research Fellows David Griffiths and Euan Speirits, was to determine if the length of a crank – the stem which leads from the pedal to the chain cog - has an effect on power production in an aerodynamic time trial position and if it impacted on speed.

Six cyclists have taken part so far in the ongoing research and all produced more power in the aerodynamic position with 155mm cranks as opposed to the longer 180mm cranks.

The average power increase was 4.33 per cent and there was also an average gain in theoretical speed of 2.07 per cent for all subjects using the short cranks.

Golden Jubilee Consultant Orthopaedic Surgeon, Jon Clarke, who was involved in the research, said: “The results of this trial have shown that using shorter bicycle cranks when cycling in an aerodynamic time trial position improves sustainable power output and final race speed.

Jason Roberts (pictured above), Golden Jubilee Consultant Orthopaedic Surgeon, added: “A shorter crank length allows a more open hip angle in the time trial position, which could in theory reduce the injuries related to this such as iliac artery endofibrosis.

“Those who participated also said they felt a reduced strain on hamstrings, hip flexors and gluteal muscles which can aid recovery and reduce overall strain.”

Research and Development Manager Catherine Sinclair said: “While 3D Motion Capture is commonly used in the film industry to turn actors into super heroes in movies such as The Avengers and Star Wars, it can also be used to measure and examine human motion.

“At the Golden Jubilee we are constantly looking at ways to improve the care and treatments we offer to our patients and motion capture can help us do that.

“By recording patients before and after surgery using 3D Motion Capture we can accurately measure patients’ recoveries and this can allow us to compare different types of knee and hip implants, different types of surgical approaches and rehabilitation programs.

“This precise recording of human movement can provide important information which can be used to progress orthopaedic care for our patients, and patients of the future.”