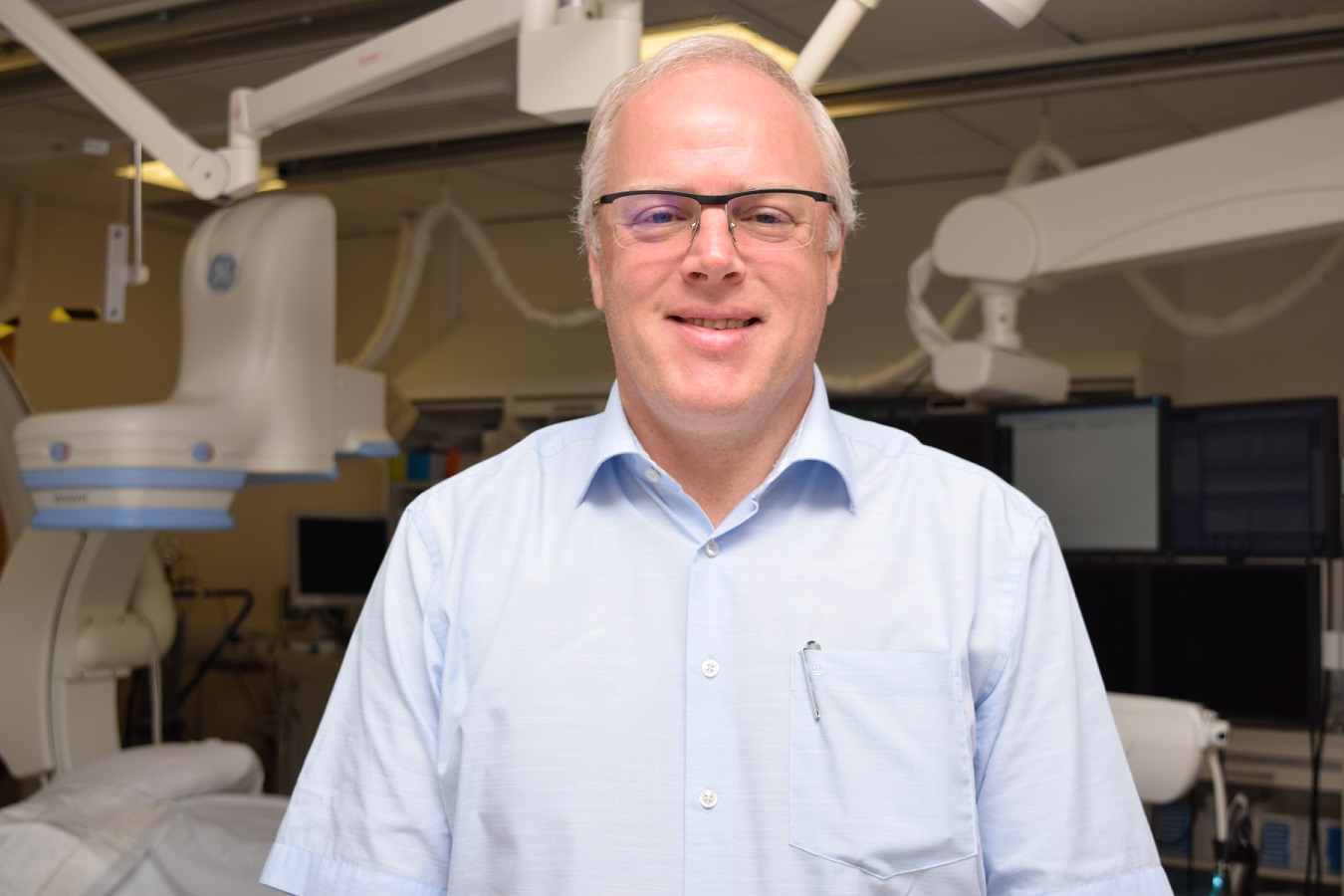 A Golden Jubilee Consultant has received the prestigious MacKenzie Medal in recognition of his outstanding service to cardiology in Great Britain.

Professor Keith Oldroyd was one of only two MacKenzie Medal recipients at the British Cardiovascular Society’s recent conference.

Named after leading Scottish cardiologist Sir James MacKenzie, the Medal is widely regarded as one of the biggest career achievement awards in the cardiology community.

Professor Oldroyd commented: “I feel very fortunate indeed to have received this recognition from the British Cardiovascular Society and deeply honoured to be given an award named in memory of one of Scotland’s most renowned cardiologists Sir James MacKenzie.

“Any success I have achieved in my career is largely due to the tremendous support I have received from the many colleagues I have worked and collaborated with, both here in the Golden Jubilee and in my previous posts elsewhere in NHS Scotland.”

Trained in Aberdeen, Stoke-on-Trent, Glasgow and Toronto, Professor Oldroyd set up the interventional cardiology service at Hairmyres Hospital in Lanarkshire before developing his interest and expertise at the Western Infirmary in Glasgow. He was part of the team which led the transfer of interventional cardiology services to the Golden Jubilee National Hospital in 2008.

Granted honorary professorship by the University of Glasgow’s Institute of Cardiovascular and Medical Sciences in 2011, Professor Oldroyd is also National Research Scotland’s Lead for Cardiovascular Disease.

Mark MacGregor, Medical Director at NHS Golden Jubilee, commented: “The MacKenzie Medal is one of the most distinguished achievements a Cardiologist can receive. On behalf of everyone at NHS Golden Jubilee, I would like to congratulate Keith on this major career achievement which recognises his dedication to providing high quality, innovative and person centred cardiology services.

“NHS Golden Jubilee is home of both regional and national heart and lung services and we are extremely proud that one of our most dedicated cardiologists has been recognised by the British Cardiovascular Society in this way.