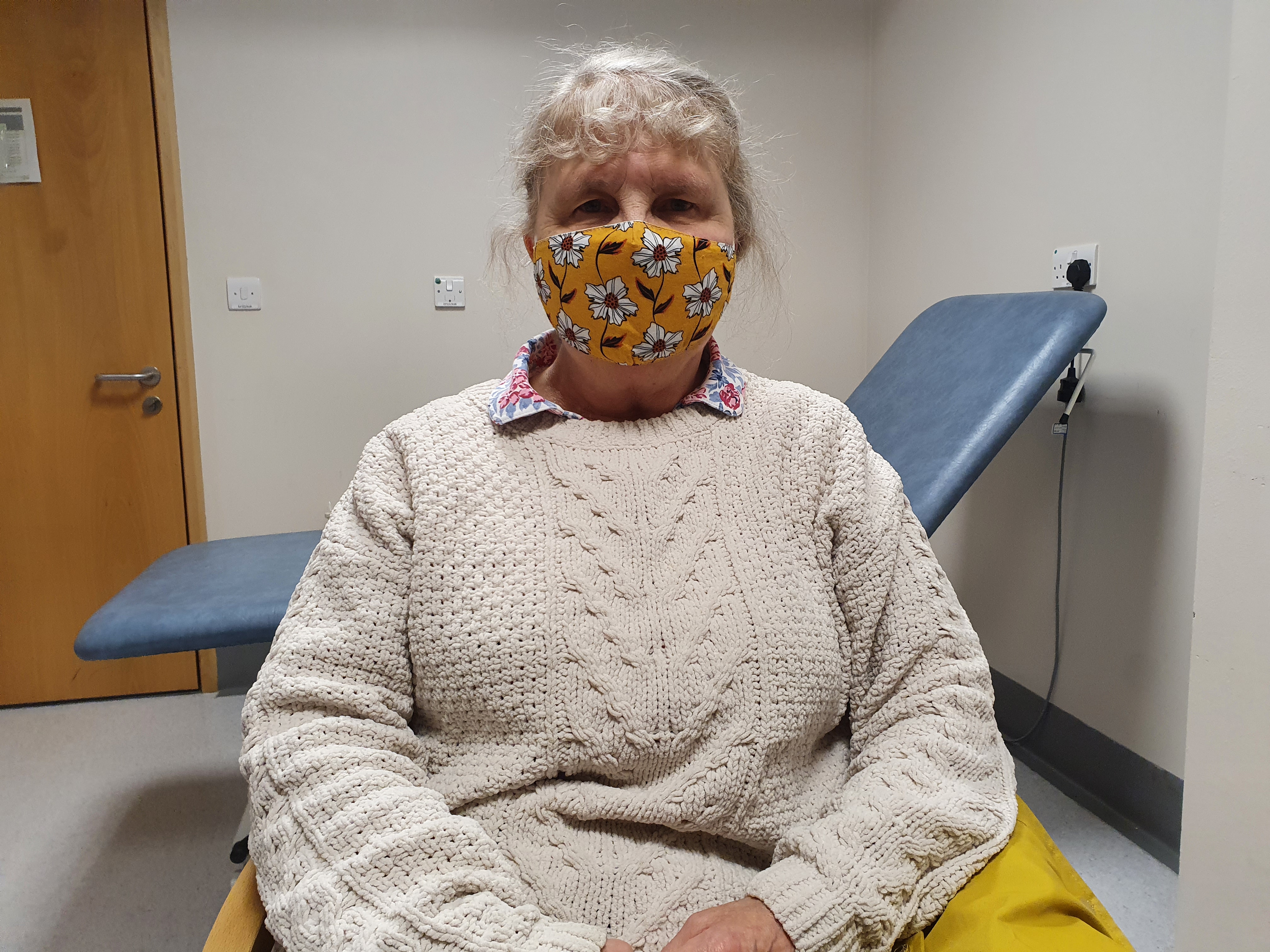 A great grandmother says her heart transplant made her feel “invincible” and has enabled her to “live a whole lifetime” after receiving the gift of life 26 years ago.

On January 2 it will be 30 years since the first ever heart transplant surgery was carried out in Scotland (1992) and Pearl Cameron has lived life to the full after receiving a new heart in 1995.

Pearl, from Aberdeenshire, was healthy and active before collapsing suddenly after waking up one morning. It was then discovered that she was suffering from cardiomyopathy.

In her late thirties, Pearl then had 8 years of different medications and treatments before she was told transplantation was her only option of survival.

However, since her transplant operation, Pearl went from struggling to walk distances to completing triathlons.

Going from strength to strength, she went on to take part in the UK and European Transplant Games, and doing some graffiti with Italian artists in a headline-grabbing group dubbed the “Graffiti Grannies” during lockdown.

Pearl said: “When I was confined to my bed it was a really difficult time. I never gave up, but I did come quite close, but when the call came through for a transplant, I wasn’t worried.

“I didn’t doubt that I was going to come through it, I went into it fighting and came out of it fighting.

“Since the transplant I’ve done all sorts of things. I participated in the UK Transplant Games for all-round sports, my main one being archery. There was also canoeing, cycling and track sports, so a little bit of everything.

“I also participated in three European Transplant Games in France, Italy and Ireland, so doing all of this really was quite a surprise to me as I couldn’t even run before.

“At school, if I finished a race I was guaranteed to come in last, so competing in all of these activities was really good for me as I walked away with 43 medals and trophy for Best Overall Lady, so quite an achievement for me.

“That’s what my transplant gave me, it gave me a whole new life I didn’t have before. When I think about dates I think about the date since my transplant because I wasn’t aware of all the things I couldn’t before so I’ve done all sorts of challenges since.

“I went over to the Emirates and did a deep sea dive to raise funds for the British Heart Foundation, but these things were just in my thoughts before.

“My life has absolutely been more fulfilling. I thought I had a pretty good life before, but I’ve certainly lived a lifetime since my transplant.”

Pearl also went to college to complete a graphic design course and started painting and creating art and ended up on the This Morning couch with Holly Willoughby and Phillip Schofield for her graffiti endeavours.

Pearl said: “I’ve been one of the lucky ones. After my transplant I didn’t take time out, I just hit the ground running and went for it and I’ve been like that ever since.

“I’ve just seized my second chance at life. To come from literally being bed bound to suddenly feeling that I was actually invincible was just incredible.

“I know that sounds crazy, but being able to no longer say no to things, and just say yes, was just amazing for me.

“Throughout everything I’ve done I’ve raised lots of money for charities so a lot of good has come for other people too, not just myself.

“Doing the graffiti was brilliant. It was a professional group that came over from Italy and set up in Aberdeen for a few weeks and we were taught how to do it.

“We were called the ‘Graffiti Grannies’ and were on the This Morning show on the couch with Holly and Phillip and The One Show and various other things.

“I think it just proves there is life after 65. To be able to go and graffiti a wall is just wonderful, it’s not just making a mess, it’s art and it’s really fabulous and gave me a little spark to take my own art in a different direction.”

Since that date, 445 life-saving transplants have been carried out thanks to selfless donors and their families who support the donation of organs so others can live.

Of that figure, 164 have been performed at NHS Golden Jubilee in Clydebank since the service moved there in 2008.

NHS Golden Jubilee Medical Director, Mark MacGregor, said: “There have been many advancements in heart transplantation over the past three decades, enabling NHS Golden Jubilee as the only Scottish centre to use these innovations in devices and medications to help people.

“However, the one thing that enables us to keep saving lives year on year is the generosity of the donor and their families as, without them, it simply would not be possible.

“Organ donation and heart transplantation are very complex and emotional subjects, but there is absolutely no doubt that this gift of life is precious to those who receive it.”

Pearl added: “I wrote a letter to my donor’s family. It took me 3 years to write, I don’t know how many attempts it took me to write, but one day I woke up and the words just came.

“Everyone who receives some type of transplant, I would expect is really very grateful.

“Giving someone the chance to live, or giving them a better quality of life is just an amazing thing to do for someone and I would encourage people to join the organ donation register.

“Not only did it change my life, it has changed all of my family’s too and I have been here to see my children, grandchildren and great grandchildren grow up because of that.”